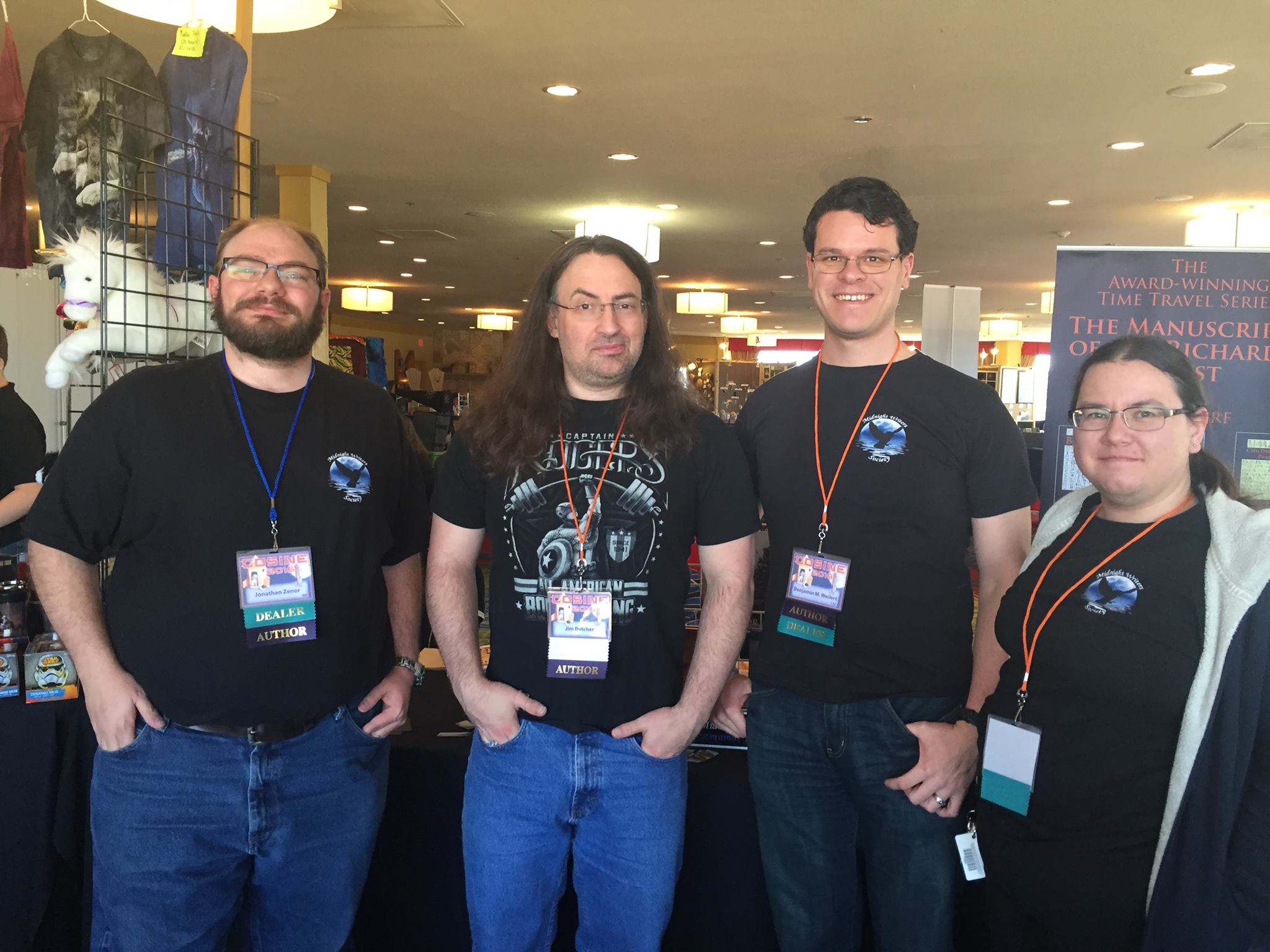 J.L. Zenor is a Christian Fantasy and Science Fiction author. He currently has several short stories published, including Rite of Passage and Guardian, and several more appearing in anthologies such as Domesticated Velociraptors and Adventures in Zookeeping. While honing his skills of storytelling with short stories he is also working on planning an epic novel.

Jon and his family live in a castle in the mountains of Colorado with their dog, a Norwegian Elkhound named Mishka. He is also actively involved in The Midnight Writers, a Colorado Springs based writing group intended to help other authors through forums, podcasts, and publishing anthologies every year.

J.L. Zenor’s Life, as it relates to writing

I first started writing when I was a kid.  I had a blue notebook and I would just write.  At the time I was interested in Choose Your Own Adventure books so I tried to write a few of those, along with some other short stories.  Sadly I cannot remember the details of any of them, and I am pretty sure that notebook is gone forever.

One year I started doing Boy Scouts, just as a Weeblo, and while waiting for the meetings to start I spent the time drawing a comic book character that I called Max.  He lived in a castle and wore a red t-shirt.  Later I created a super hero named Thunder-X, who got supersonic powers from thunder storms.  I submitted my comic strip to the Disney Adventures magazine when they were running a contest to have kids submit comics, but they did not choose mine.

When I got older I found my dad’s old typewriter so I started using that to type  my stories.  I still remember the sounds and the smells of that typewriter.  But sadly, those stories are lost as well.

When I got into middle school I either got bored with writing or it just faded away, like so many hobbies that have come and gone over the years.

I did not do any serious writing again until I was 23 when I started a Christian blog called Eternal Truth Ministry.  I wrote for this blog off and on for several years and loved doing the research for the articles.

I never gave much thought to being a writer, though, until 2011.  A friend and his family came out to visit for several weeks during the summer.  While he was visiting he mentioned a story that he had always wanted to write but he didn’t think he could write it well enough to get it published.  A few nights later, while working a night shift, I got bored and decided to take a shot at my friend’s story.   That night I wrote the first chapter and showed it to him the next day, and he loved it. Then set about working together to write the full story.

After several months of working on that story I had to stop writing so I could focus on finishing school.  I had just gotten a new job as a Systems Administrator and the job required a bachelor’s degree at the time.  Switching from part time to full time school along with a full time job really killed any free time that I had to do anything creative or fun.

After I finished my degree, in 2013, it only took about a week before I just had to start writing again. I started slow by working on a short story that took place about 20 years before the novel I had worked on. I took this story to a writing group and after every session I had to completely rewrite the story to meet the “suggestions” of the group. After 8 complete rewrites I decided this group wasn’t for me and quit.

I was stuck and not sure of what to do, until I went to a convention and was invited by an author to attend a panel on some strange thing called “NaNoWriMo.” After that, I was hooked! I only had one week to plan out my novel before jumping into the challenge of writing 50,000 words in 30 days, but I did it! And I finished NaNoWriMo for the following 2 years.

The third year, however, things got crazy. In 2016 we decided to sell our house and move. Unfortunately, things just happened to work out so we closed on the new house on November 15th, right in the middle of NaNoWriMo. I only wrote 18,000 words that year.

However, I have not been keeping my writing to just one month a year. While NaNoWriMo was the only time I attempted longer fiction, I had spent a lot of time working on short stories.

It was at another convention when I was talking to a publisher about story ideas that I had, and she convinced me to write the story to include in an anthology that she was putting together. I had to change the story up a bit, but it turned out great, and Rite of Passage was born. Unfortunately I couldn’t get the story submitted to the anthology, so I decided to try my hand at self publishing.

Since then I wrote multiple short stories, and even got some accepted into various anthologies. These short stories really helped me to learn how to write better and tell impactful stories.

Now it’s time to turn those skills that I have learned to a novel.